It is more important than ever to have a clear understanding of what the concept of “learner engagement” consists of.  Having a firm grasp on the elements that influence learner engagement will positively impact planning and instructional choices.  Participants in this collaborative and interactive learning experience will explore key connections between motivation and instructional design, key steps in lesson design influencing responsibility and ownership, and key elements of feedback that lead to learner proficiency growth:  critical steps in engaging and sustaining engagement throughout the learning process.

This session has reached capacity.

This is a synchronous online institute. The schedule includes daily synchronous presentations as well as time for independent or partner/group work and a break for lunch.

Participants may receive optional 1.5 Continuing Education Credits (CEU) from the University of Maryland upon completion of all tasks assigned during the summer institute. A $25 additional fee applies for receiving CEU credits.

Reduced registration fees for summer 2020 due to the COVID19 pandemic. In order to provide each participant time to receive individualized feedback on the work and maximize the online learning environment space for this institute is extremely limited. 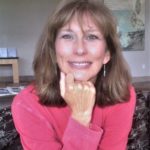